How To Create A Framework To Build Your Marketing Strategy From 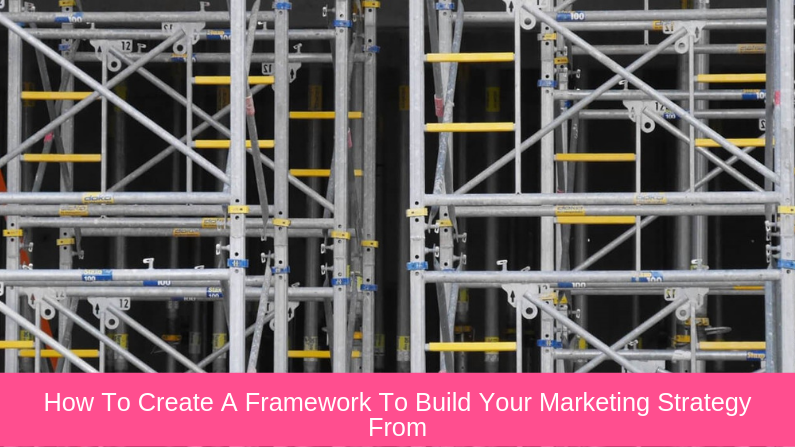 It doesn’t matter what you’re trying to promote, what your industry is like, or how big your business may be — a great marketing strategy doesn’t materialise fully-formed from the ether. It must be assembled slowly and carefully, held rigid while under construction by a suitable framework until it’s complete and ready to be implemented.

But how do you create such a framework? Fortunately, while it might not be an easy process, it’s certainly a simple one, and anyone can get somewhere with the right process. Very succinctly, here’s what you need to do:

The most basic part of a marketing strategy framework is a solid understanding of the people whom the campaign will be trying to reach and persuade. If you lack such an understanding, you’ll never be able to come up with a solid strategy — you’ll only be able to speculate, make arbitrary changes, and hope that they pay off.

The difficulty of this step always depends on how long the business has been in operation, how much customer or user data it has collected, and how niche the appeal of whatever’s to be marketed might be. If you’ve been around for a while, then you’ll likely already have a good amount of data on the people you’re targeting. Otherwise, you’ll need to do some research.

Use social media platforms, internet forums, and enthusiast websites to find the most influential figures and communities. Combine what you find with your existing understanding of the appeal of what you’ll be selling, and you should find yourself in a good position to start selling.

For any small or medium business, money isn’t something to be redistributed on a whim. If there’s a project that demands investment, that money needs to be budgeted off ahead of time so it doesn’t get gathered up by a newer project — and so campaign funding can’t start spiraling out of control following the opening marketing salvo.

Start by making a list of resources you already own or pay for. How many computers do you have? Do you have a web host? How would you create content — in Google Docs? Through Photoshop? And what of your marketing team? Does it have access to any suitable project management tools? Figure out what you’ll need to buy, and what you can get by without. Unnecessary expense should always be avoided for maximum ROI.

Then, considering how much money you’re currently making, set aside a particular sum that you’re willing to invest over a set time (you can allow deadlines to shift slightly, but not too much — it’s hard to gauge performance properly if you’re not keeping the conditions controlled). Once you have that sum confirmed, don’t change it. Leave it exactly as it is. If it proves ineffective, you can take a different route for your next campaign.

There are plenty of viable channels for marketing these days, and which ones you choose to prioritize will hugely affect the composition of your campaign. It won’t help you to target Facebook, Twitter, Snapchat, Pinterest and email marketing with the same energy. Some channels won’t be very relevant, and if you try to do everything, you’ll run aground.

To an extent, your options will be limited by the power and utility of your CMS — whether you use something free like OpenCart, pay for an enterprise system like Magento (allowing access to a cross-channel extension such as Sellbrite), or use a system with native cross-channel support like Shopify Plus. If your platform isn’t capable of much, you’ll need to either work with what you have or consider a costly and time-consuming migration.

Think carefully about everything you’ve learned about your target audience. You should have a good idea of where they link to spend time, and where the main influencers are. Use that information to identify one channel as your top priority, pick a second if needed, then focus your efforts accordingly. It’ll also make it easier to keep the results stored in an orderly fashion.

If a marketing strategy doesn’t have clearly-defined and trackable performance targets, it isn’t worth attempting. Even after it concluded, you’d struggle to determine exactly what difference it made. Did it help? Make things worse? Have no meaningful impact whatsoever? You wouldn’t be able to tell, so you’d learn nothing of consequence for future efforts.

You have a timescale and a budget determined, so it shouldn’t be too complicated to do this part. Imagine that you’ve just reached the end of a campaign: what should it have achieved? A 20% increase in sales? A 10% boost in the cost of the average purchase? Expansion of a certain social media profile to a set number of followers? Whatever you set as your goal (or goals), it should mean something to your business, and easily justify the campaign if achieved.

Once you’ve been through each of these steps, you’ll know which people you’re targeting, where you can reach them, how much money you have to invest, and what you’re ultimately looking to achieve. Because of this, you’ll be in a strong position to start planning your first campaign in earnest. 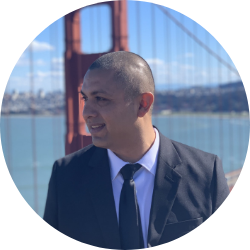 Lorenzo Gutierrez is a Digital Marketing Consultant and a certified Google Partner. He helps small businesses and corporations grow their revenue online. He does this by mixing passion, innovation, & expertise.

Building A Community Portal As A Marketing Strategy

Local SEO Optimization Checklist You Cannot Miss Out On